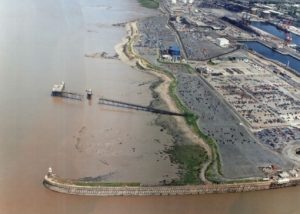 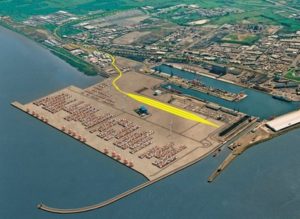 The Port of Bristol has been granted a harbour revision order authorising development of a new deep water container terminal without the need for a public inquiry. The terminal will be located on brownfield and reclaimed land at Avonmouth Dock on the site of a former oil terminal and oil tanker jetty.

The 1.5m TEU facility, which will have four estuary berths capable of receiving vessels of 16 metre draft at all states of the tide and links to the Port’s existing rail and road connections, will be able to handle the largest container vessels currently in operation, as well as future Ultra Large Container Ships of up to 14,000 TEUs.

The development site is subject to national, European and international environmental designations and the work also involved negotiations with regulators and nature conservation bodies for the protection of marine and avian species and natural habitats during construction, deep dredging and future operation and the provision of large scale compensatory habitats.

The work covered all aspects of the proposed development and included devising and managing the consents strategy and drafting, applying for and obtaining the harbour revision order.